The Association of Registered Professional Foresters of NL is registered not for profit corporation, administered by an association council consisting of a President, Vice President, Past President, Executive Director, two councilor members appointed from the Canadian Institute of Forestry NL chapter and a Public Appointee.
The council is responsible for setting the strategic direction of the association and providing oversight on business and financial matters.
Council members normally serve a term as outlined in the current bylaws. 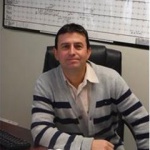 Eric is an active member of the forest community, and has been a member of the RPF Association since 1996. He is also a long time member of the Canadian Institute of Forestry NL chapter, where he served on the CIF Executive for six years. He graduated from the University of New Brunswick in 1987 with a Degree in Forest Engineering and joined the Government of Newfoundland and Labrador, Forestry Services Branch shortly thereafter.

He is currently Director of Forest Engineering and Industry Services for the Province, and is primarily responsible for Fire Management, Forest Engineering, Insect Control, Wood Measurement and Industry Development. He is married to his university sweetheart, has two beautiful children, and resides in sunny Pasadena, NL (not California). 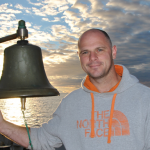 Originally from Seal Cove, Conception Bay South, Wes came to the West Coast to pursue an education in natural resource management in 1992. He graduated from West Viking Colleges Forest Ranger Program in 1993 and went on to complete the Forestry Technician Program in 1996. After graduation, Wes began his career with the Woodlands Division, Corner Brook Pulp and Paper Ltd. the same year. He worked with the Woodlands Division for 11 years taking on a variety of roles including Planning Technician, PCT and Logging Foreman, Reforestation Technician, Utilization Technician, and Road Ballast Supervisor among others. Over the years, Wes also worked for a number of harvesting contractors in central and western Newfoundland as foreman on various logging operations.

After leaving Corner Brook Pulp and Paper in 2007, Wes went to work for the provincial government as a Conservation Officer I (Fire Protection) and eventually as a Conservation Officer III (Silviculture Program). Wes accepted the position of Senior Research and Policy Analyst/Environmental Management System Coordinator with the Forestry and Wildlife Branch in 2012 and was instrumental in the Province receiving it first ISO14001 Certification in 2015, a certification that remains in place today.

While working full time with the provincial government, Wes went back to school to pursue a degree in Engineering Technology (Environmental Studies) through Cape Breton University, graduating in 2013. His combined professional and personal experiences and education provide him with a well-rounded appreciation of the forest industry in Newfoundland and Labrador.

A CIF Member since 1996 and RPFNL Member since 2014, Wes became Vice President of RPFNL in 2018. He is looking forward to working as part of the Executive team and contributing to the organization.

As an avid outdoorsman, in his spare time, you’ll find Wes in the woods, or on the water where he feels most at home. 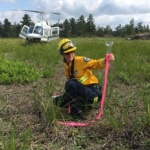 Laurie graduated from the University of New Brunswick with a Bachelor of Science in Forestry and Environmental Management in 2004 and a Master of Science in Forestry in 2007. She worked at the Atlantic Forestry Centre and Sylvar Technologies while completing her Masters in Developing improved nursery culture for the production of rooted cuttings of Canada Yew.

In the fall of 2007 she moved back to Newfoundland to work with the Provincial Government at the Provincial tree nursery in Wooddale. She has worked at several district offices and Gander regional office with Fisheries and Land Resources (Forest Service Branch) and is currently at the Gambo office as a Conservation Officer IV. In the last number of years she has been out of province several times training and on wildland fire deployments in Ontario and Alberta for certification as a wildland Fire Behavior Analyst.

Laurie has been a CIF and RPFNL member since 2009 and served as a RPF/CIFNL joint councilor for a two year term in 2014.  She currently resides in Gander with her husband and two girls, and with her love for the outdoors, you can be sure to find her on a boat, sea-doo or paddle board in the summer or on ski-doo or skis in the winter or just relaxing at the cabin. 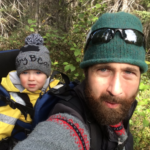 Chris graduated from University of New Brunswick with a Bachelor of Science in Forest Management and a minor in economics in 2005. He moved to Alberta in 2006 to work with Westsky Forestry Consultants overseeing their Permanent Sample Plot program. He also worked with Alberta Sustainable Resource Development as a Forest Health Technician, with a focus on the Mountain Pine Beetle and as a Lands Officer.

Chris attained his Registered Professional Forester (RPF) designation while working Alberta. He returned to Newfoundland and Labrador in 2010 and is currently a Conservation Officer IV with the NL Forest Service (Department of Fisheries and Land Resources) in North West River, Labrador. Chris attained his RPF designation in NL in 2012. 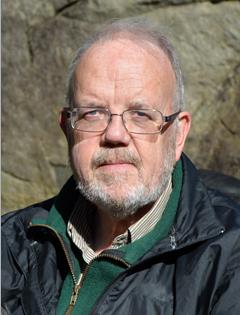 Hubert, having always been fascinated and curious about science, graduated from Memorial University with a Bachelor of Science degree in 1969 and a Bachelor of Education degree in 1970.  In 1976 he obtained a Master of Science degree from Memorial University with research work in Forest Entomology, i.e. The Spruce Budworm in Newfoundland.

His career started with the Department of Forestry & Agriculture, Forest Protection Division, Insect & Disease Control Section in St. John’s, in May of 1977.  In January 1978, with new classifications being approved, he was classified as a “Forester”.   With the relocation of Forestry Headquarters from St. John’s to Corner Brook, Hubert moved to Corner Brook in May 1984.  In 1986, Hubert became Supervisor of Insect & Disease Control Section and after 31 years 8 months of service, retired on August 31, 2009.  He still has a special interest in nature photography; particularly insects.