Provincial Foresters weigh in on Proposed Spraying in Gros Morne! 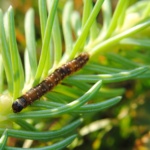 RPFNL is responsible for registering and regulating professional foresters in the province of Newfoundland and Labrador. Established in 1996, and bound by the Foresters Act (2011), the association is dedicated to the advocacy, promotion and professional practice of forestry in our province.

Established in 1908, the Canadian Institute of Forestry (CIF) is the oldest forest society in Canada. CIF serves as the “voice of forest practitioners” representing foresters, forest technologists and technicians, ecologists, biologists, educators and many others with a professional interest in forestry. Nationally, there are over 2,000 CIF members. The Newfoundland and Labrador Section (CIFNL), established in 1956, includes approximately 100 members.

Forestry is the profession of science, art, and practice of creating, managing, using and conserving forests and associated resources, in a sustainable manner, to meet desired goals, needs and values for human benefit. It is our position that forests are not static but rather a dynamic intergraded system that requires an adaptive management approach.

Please consider the following comments to help with the decision-making process for Parks Canada for the management of spruce budworm within Gros Morne National Park.

On behalf of our members, we thank you for your time.